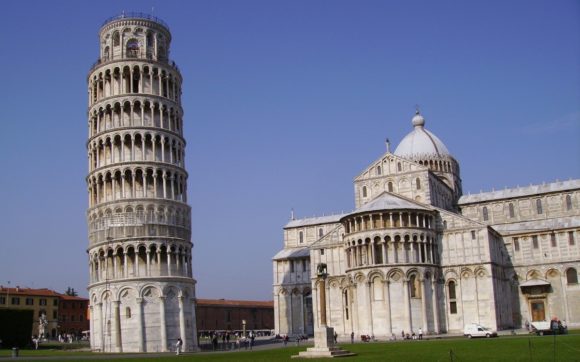 Engineers have uncovered how the Leaning Tower of Pisa has managed to withstand several large earthquakes over the centuries.

With its iconic, unintended tilt, the Leaning Tower of Pisa is probably one of the best-known construction blunders in the world. Although the lean was stabilized during restoration work in the 1990s, the tower stood at a precarious angle for more than 600 years before that, surviving numerous large earthquakes without damage. Now, a team of engineers has identified how it managed that feat.

The lean became apparent almost immediately, as the second floor was being built in 1178. The blame was placed on the foundation, which was both too small and sitting atop soft soil – but that didn’t stop engineers from continuing their work, with the remaining six stories being added over the next 200 years.

For centuries, the Leaning Tower of Pisa stood at a five-degree angle, so that the top of the 58-m (190-ft) tall building was offset by more than 5 m (16 ft). But despite its apparent vulnerability, the structure has shrugged off at least four strong earthquakes recorded in the area since 1280. Just how it was able to do so has remained a mystery.

So, a research team comprised of 16 engineers, from institutes such as the University of Bristol and Roma Tre University, set out to investigate. The researchers studied seismological, geotechnical and structural information of the tower and its surrounding area, and found that it all comes together to give the Leaning Tower of Pisa a pretty unique set of characteristics.

Essentially, the interaction between the soil and the structure on top of it is far more dynamic than most other buildings. Because the foundation soil is so soft – responsible for the tower’s lean in the first place – and the tower is so tall and stiff, the building itself doesn’t resonate with the ground motion during earthquakes.

“Ironically, the very same soil that caused the leaning instability and brought the Tower to the verge of collapse, can be credited for helping it survive these seismic events,” says George Mylonakis, an engineer on the study.

The results are due to be formally presented at the European Conference in Earthquake Engineering in Greece next month.